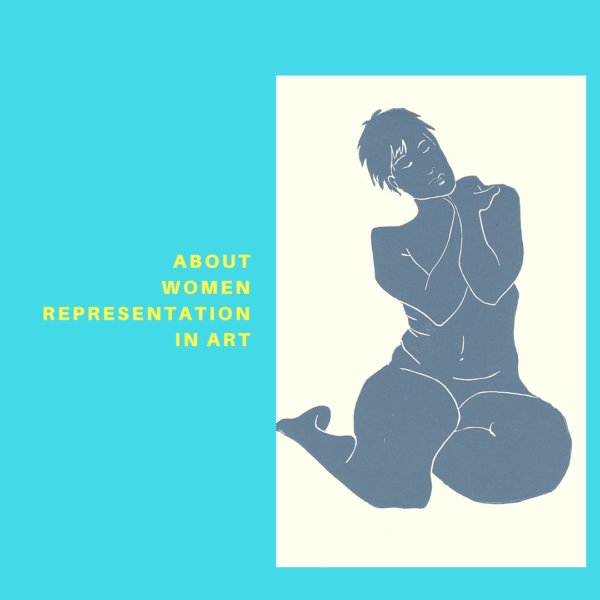 An archaeologist from the future looking at our present time movies would have a very distorted picture of our reality: He would think for exemple that 90% percent of the population is white, that women are not able to take many decisions on their own, especially in times of crisis, that the majority of their romantic partners have to be 20 years older, and that they stop doing anything of interest except being a mother after 30 years old.

Of course they are more and more exceptions to those rules, and I am thankful for that, but it was and it is still to some degree the mainstream representation of our gender stereotypes in popular media.

Representation is important because it responds to the questions, needs and interest that are relevants to our current culture, it can also be a fantasy of power for the future.

It is interesting to get a closer look at the representation of the women and the female body in art other the ages because it informs us on women status in society, how they were seen and what they are valued for over the ages.

Very early art tended to represent women with lots of curves as a powerful symbol of fertility. The Venus of Willendorf is a famous example from the Paleolithic, one of many similar curvy little statues. There are many ways to look at this representation: Is the woman elevated to the statue of goddess as being a powerful and spiritual force of nature or is she basically just a womb, two big breasts without a face, feet and tiny arms, basically a baby making factory? Another theory is that this is a self portrait made by a pregnant woman artist, who could not see her feet ( you can read more about this theory here). We probably will never know…

Before the XIX century, most art was religious, and Mary offered an idealized and impossible vision of the woman, the mother that is still a virgin. Another representation of the good woman later on would be women at home in the role of the mother, spending time with their family or tending to household chores. We can see that in the work of most impressionists female artists who painted either portraits or domestic genre scenes:

The female nude in Art

The first depictions of the female nude in art are religious and often on the theme of Adam and Eve in the garden of Eden, in a lush vegetation. This was actually very challenging for artists until the renaissance as there was not yet an established tradition of working with nudes in atelier and learning the basics of human anatomy.

Then women have been represented outside of a religious context but until recent times, the majority of artists have been male, and the majority of life models have been female. So, the female nude has often been sexualized or objectified to some degree, as well as idealized. The female nudes tend to conform to the ideal of beauty of their time.  There is way more diversity in the representation of men in terms of age and physical appearance than in the representation of women.

In the typical reclining nude, the women represented as a passive and very soft object of desire for the male gaze, just waiting there, like a book on a shelf.

Even with some degree of abstraction, like in Modigliani famous reclining nudes, the female body is depicted as somewhat abstracted and unrealistic but still a passive object of spectacle for the male gaze.

Then there is also quite an important number of nude painting depicting women tending to their toilet, almost as if the viewer was in fact a voyeur observing a private scene he was not supposed to see.

I also get this “voyeuristic” feel when looking at many of the famous ballerina paintings by Degas, who was also famous for his woman bathing paintings. (You can read more on that subject here:

” National Gallery, London
His work is often seen as safe and sexless. But this unsettling exhibition, which puts nude bathers alongside ballet dancers, shows the dark and daring side of Degas”

Degas from the Burrell review – the great voyeur)

Women representation in art is evolving, many women artist are now making works for women and not only about ideal women. Unfortunately, there are also countless representation of objectified women conforming to a unique stereotype of what beauty is thought to be.  But in the larger context of the discussion going on about being aware of diversity in the way we represent our society, I also think there is hope and we will start to see more and more représentation of women that are real and complex, women who are active, in charge of themselves and with an ideal of their own. It is interesting to have works or art that speaks about men perception of women, but we should also see art about women perception of themselves.

Printing with a copy press